I have one. or the other. or both, depending on who you ask. I find that some doctors believe them to be one in the same, and some will barely discuss it. I find that most people in general see it as a non-condition, a cop-out or laziness. The onset for me was following a viral infection. Sometimes when I just can't get anything done, or just sleep for an entire weekend, or can barely get up out of chair in the evenings, it's hard to cut myself any slack when it feels like no one around me does.

Some of the symptoms, such as the "fybro fog" and burning/tingling of extremities appeared or worsened after chemotherapy. I thought the fog was chemo fog and would go away, but it is still here. Maybe I'm permanently brain damaged from the chemo.

No reason to post this all here; I'm just sayin'.

Taken from http://chronicfatigue.about.com/, here are a couple of lists of symptoms. Symptoms I have, or had before menopause, are highlighted. The astrisked items also appear on the CDC diagnostic criteria.

Psychological Symptoms of Chronic Fatigue Syndrome
Note: While these symptoms are generally considered psychological, they do not indicate that chronic fatigue syndrome is a psychological condition, and some or all of these symptoms may be caused by physiological abnormalities.
Depression, as an overlapping condition
Irritability
Anxiety
Panic attacks
Personality changes
Mood swings

No, I didn't lose weight. I wish. In my dreams.

Our company had layoffs last week. 10 people were laid off. I'm very thankful to have not been one of them. Also 14 people were reduced to part time hours. 32 hrs instead of 40. I was one of the 14.

Additional responsibilites, more to do, less time to do it in, and less pay for doing it.

That's the "glass half empty".

I have a job and they still pay me for it!

That's the "glass half full".

Ends will not meet and I may have to get an additional part-time job.

That's the glass drained with only backwash in the bottom.

So, now to come up with ways to save money. I've had a few thoughts:

- Don't fix the dryer. Continue to hang underwear on hangers. Or dry clothes at someone else's house.

- Be the last one gone from work and do a big "elimination" job before leaving, to save on toilet paper at home.

- Put the endless copies of the phone book that arrive on the doorstep, carport, front yard, sidewalk to good use...as toilet paper.

- Hypnotize the dog and cats to convince them that they are herbivores, and plant alfalfa in the back yard.

- Teach the cats to use the toilet, to save on litter expenses.

- Sell the cats to Filiberto's as "organic" meat.

- Do the dishes by hand (read: make my son wash dishes) thereby saving electicity by not using my beautiful stainless steel dishwasher that I've only had for a year.

- Convince my son he is an herbivore, and send him out back with the cats.

- Cut my son's hair myself. He can wear a hat if I leave any bald spots.

- Wear even less make-up and only buy the cheap stuff.

When the layoffs and hour reductions first happened, I was amazingly calm about it for about 3 days. I'm going to take that calm as a peaceful assurance that everything will be fine.

When this Monday rolled around and the work-week started, I began to panic. Then after panic comes paralyzed inaction. I have to be careful not to let that happen, because that is often how I deal with crisis. Sometimes "Catatonia" just sounds like such a nice place to be!!

Surely they have a beach there where cabana boys bring you fruity drinks and adjust your umbrella so the sun doesn't shine in your eyes.
Posted by The Dirty Pink Underbelly at 6:49 PM 2 comments:

Bringing IT to The Table

From the beginning of our lives, one of our most basic goals is to "belong". We seek first to find our place within our families, and later, as our horizons expand, within a social group, society at large, and the world as a whole. We all want to find our place.

Having recently been welcomed into a small social group, I am again, as an adult, experiencing that search for my place. Like a child seeking identity within the structure of birth order, I search for what makes me special within the family of these friends.

I made salsa, but there is already a "good cook" member, as evidenced by the amazing mango tacos we had for desert. AND the Leader doesn't like cilantro, which she politely didn't tell me until weeks later.

I wrote a clever poem, then found out that the Pictionary Artist Guy is also the Clever Poet Guy.

Amazing Mango Taco guy also has a corner on sarcastic wit and orneriness bordering on mean.

There's a Funny Guy already too. I'm running out of skills and qualities.

I'm neither the youngest nor the oldest, nor even the "middle child".

I am cynical and have been called arrogant, but those aren't really marketable items when it comes to social niching.

I have the biggest butt in the group, but again, not promisingly noteworthy. And thanks to the last 50 pounds, I don't dance so well anymore either.

Am I to be relegated to the status of Expendable Ensign? Quietly contributing nothing, but enjoying the company of others until the time when I am subtly dropped from the group for lack of input? Politely laughing at the jokes of others and trying not to guess every picture in Pictionary? Not losing card games every time but never winning? Attending but not contributing, appearing but not belonging.

I just know I am going to be picked first for the next Away Mission.

I do have one thing I am good at. Really good at. Karaoke. But I haven't done that since I switched social groups from Bar-Hoppers to Church-Goers. I doubt there will be a group function after 9:00 in a bar with karaoke and a good sound system anytime soon.

And if there were, I'd probably find out that Artist/Poet Guy is also opera-trained and lead singer in a rock band...
Posted by The Dirty Pink Underbelly at 8:00 PM 2 comments: 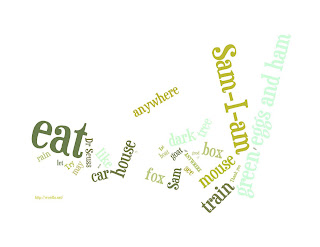 Posted by The Dirty Pink Underbelly at 9:22 PM No comments: