"When talking about Stage IV, I sometimes think we should just tell the
audience "just give me a number...somewhere between 1 and 2,400,000
people." Not a bigger number than that...just the number since 9/11 that
have died of metastatic breast cancer in the US. You want a bigger
number? One for the whole world? Nobody knows. You want the number
for those with Stage IV metastatic breast cancer now in the world? Pick
a number...nobody knows.
How about this...it's easier. How many people (mostly women) in the
entire world have had breast cancer? Don't know? Nobody else really
does either. Pick a number. It's a lot bigger than the 2,400,000 in
the last 10 years.
How many became metastatic?
Whatever number you came up with earlier, bump it up by 30%. That's the
number we know...the 30%..that's your metastatic number.
After all the best efforts of medical science, 30% become stage IV.
Those are the cases that are the failures. Lights out. Case closed.
These patients cost a lot. They consume a butt-load of bucks.
It's not that they die...that's too easy. No, they languish. They take
their families down with them. Husbands, kids, grandchildren...I wish
the damage was ONLY financial. Money is the easy thing...and I'm not
talking about health care dollars.
Breast cancer intends to destroy you for generations...it has no limits.
The impact on the children and the surviving spouses is felt for YEARS
to come.
And what is significant about all this? Not the money. Not the years
of medical tests/work/treatment, the agony.
It’s the "number".
And is it too much effort? What do you think? Is it "my god why don't
we just let them all die? Die and get it over with." Would it surprise
you to know almost everybody who is Stage 4 MBC has already heard that
argument? They've heard it in spades.
If you don't want to hear about that number and the arguments, you're
wrong. You're wrong not because of the 2,400,000 and the 30% and the
blah blah. You're wrong because you missed the ONLY IMPORTANT NUMBERE
in the whole breast cancer discussion...
It's 1.
1 is a shocking number when it's your mama and you're a little boy in
first grade who is only 6. And your mama is the one.
1 is the look in your wife's eyes when she's had the stage 4 diagnosis
from the beginning. She's the one.
1 is the patient's name who is called by the infusion nurse and you know
it's your time...time to put down your magazine, leave the waiting room
and get a toxic drug you hope will keep you alive for maybe 30 days but
will make you deathly sick for the next 3 or 4 days.
1 is the next week, where...if you are lucky enough...you get to do the
same g_d damn thing.
1 is the week you get to live between oncologist visits hoping ANY new
drug can be pulled out of the hat to get you to next week ! And
sometimes the oncologist wants to talk in their office...which is the
worst of all.
1 is when the hospice person comes to your home, and tries to help you
be comfortable while your kids are running around trying to have some
kind of "normal life." You're the person in the hospital bed in your
living room. You’re the one.
1 is the casket at the funeral home...just 1 casket, with a pretty
taffeta lining, and holding a very nicely dressed and repaired body
weighing only 85 pounds.
1 is when it's you.
1 is...when it's made up of 2,400,000 individual "ONE" patients plus
innumerable patients who still have the disease and are battling it now,
plus all the thousands who we don't even know about...because they
weren't counted, but they fought and died just the same.
Breast cancer is not a numbers game...it's not stage 0,1,2,3A, 3B and 4
and stop there.
It's just 1.
Millions of American women and their families will experience the
significance of 1.
1 must be respected. And the disease must stop." 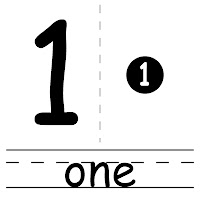 Posted by The Dirty Pink Underbelly at 7:49 PM

The post is from me, Danny Welch in McKinney Texas. My wife was Stage IV at diagnosis. I wanted to explain I am not an angry person and don't want the post to seem that way. I know it's not a "nice" post. But my wife never experienced breast cancer in any stage other than IV, and we were shocked that we were pretty much written off from the start...6 months to live and no hope. Marylyn lived over 9 years and did extremely well, thanks to Dr. Joyce O'Shaughnessy & Texas Oncology at Baylor Sammons Cancer Center in Dallas.

Danny, did you write this piece? It was shared with me, but I do not know who the author is. I would love to credit the source.

9 years is amazing. I am grateful that I have never felt like my doctor has given me no hope. He's always supportive and honest. The doctors' personalities really make a huge difference.

I've been on bcmets.org for years looking for knowledge since when my wife was diagnosed. October came around and so many ladies who post there had recently died, several were in hospice and several are in the trenches. I guess I went a little nuts and posted this message on bcmets.org...somewhat against my better judgement. But we never knew metastatic breast cancer as anything other than Stage IV, and there were just SO FEW resources out there...and it's not much better now. I hope the post helps people, and I hope there are some resources for Stage IV MBC patients !! Best wishes to everyone !

Thank you, Danny. I have added your name to the post as the author. It is very powerful writing. Powerful writing is honest - not necessarily "nice". Anger is an honest emotion, and when you share something this raw, it benefits others who read it and relate to the emotions. It is indeed a powerful and emotional piece.

I don't feel anger in this post I feel honesty. It's an incredible post with such a powerful message. All the statistics do indeed represent people, very real people. We must attach faces to mets. We cannot simply write these people off. Thank you both for this powerful and compelling post.